The artwork of the Hodges is unique because both artists paint together.
One artist may start the painting and the other may complete it.
The Hodges has also created a unique style of painting referred to as the “Drip Style”.
The drip style of painting allows the artist(s) to create texture,
diverse images layered to tell a story and a sense of dimensionality. 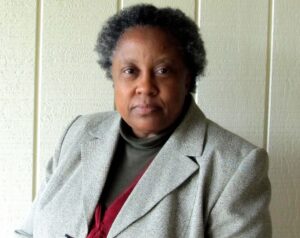 As a native of Murfreesboro, Tennessee, Barbara’s childhood was spent drawing and painting. Growing up in rural Rutherford County, Barbara said she became increasingly aware of the need to stop, look, listen, and appreciate nature and the human experience. The human experience during the powerful “transitional period” of segregation and desegregation helped to shape life for her. It was during this period of life, Hodges was exposed to her first artistic influences. Art allowed her to intricately tell a story of life’s complexity, triumphs, defeats, with threads of commonality that all can relate to. Despite struggle, challenges and difficult times, Barbara found ways to evoke the positivity life has to offer. As a self-taught artist, she always sought to expand her skills and talents through workshops, training with other artists, and experimentation with styles of the “Old Masters”.

Creating art that invites the viewer to ponder and explore is Barbara Hodges’s primary goal. A passion for hope, excellence, beauty, things spiritual is reflected in paintings that also reflect her love for bold brilliant colors, texture, light, and mystery. Most importantly, Barbara’s artwork also intricately tells a story and layered with a symbol of “social consciousness”.

The artwork of the Hodges is unique because both artists paint together. One artist may start the painting and the other may complete it. The Hodges has also created a unique style of painting referred to as the “Drip Style”. The drip style of painting allows the artist(s) to create texture, diverse images layered to tell a story and a sense of dimensionality. Barbara also created numerous artworks in mixed-media. The mixed-media art is poignant, bold, and draws the viewer into the artwork.

A native of Murfreesboro Tennessee, Barbara Hodges attended and graduated from Oakland High School in 1974. Attended Middle Tennessee State University where she obtained a Bachelor of Science degree in Biology & Chemistry in 1978. Dr. Barbara Hodges obtained a Master of Science degree in Chemistry in 1982 from Middle Tennessee State University. Dr. Hodges attended the Medical College of Wisconsin in Milwaukee Wisconsin where she received her Medical Doctor degree. Residency training was completed at the Morehouse School of Medicine in the Family Medicine Residency Program in 1997. Remain active with community services while attending residency training with healthcare fairs, seminars, and lectures. In 1997, Dr. Hodges completed a part-time fellowship at Morehouse in faculty development in Family Medicine. Dr. Hodges is the author of numerous publications in various medical journals.

Dr. Hodges returned home to practice Family Medicine in 1998. Currently, she is actively practicing family medicine with her practice at Middle Tennessee Family Health Center. Dr. Hodges has also been a strong advocate of community service. In June 2002, Dr. Hodges with spouse (Leroy) co-founder “Kids for the Creative Arts, Inc.”. This is a program designed to offer a free art camp and year-round classes for children in Rutherford and Davidson countries in the creative arts.

Barbara utilizes art as a form of communication in her medical practice and when working with children. 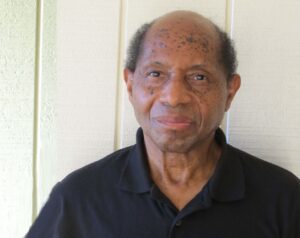 My paintings are designed to capture not only the beauty in nature, but also what can be imagined, the struggle, joy and pain of the Human experience. Oil painting is my preferred medium. I love painting spectacular skies. My art is meant to be expressive, thought-provoking, and imaginative. My art offers the viewer possibilities into the human experience.

A native of Meridian Mississippi, Leroy Hodges attended and graduated from Harris High School in 1969. After high school, he attended Mississippi Valley State University where he earned a Bachelor of Arts degree in Mathematics with a minor in Physics. Upon graduation, Leroy served his country by servicing in the United States Air Force in up state New York. Leroy obtained a Master of Science degree in Mathematics from Middle Tennessee State University in 1982. He joined the staff of Middle Tennessee State University in the Mathematics and Computer Science Department in 1981 as a Math Instructor. He obtained a Bachelor of Science degree in Computer Science from Middle Tennessee State University in 1984. Leroy moved to the Washington D.C. area in 1985 to work for Naval Computer and Telecommunication Agency with his wife (Barbara). Leroy has received numerous performance awards in the area of computer programming. After wife (Barbara) completed residency training from Morehouse School of Medicine, Leroy moved back to Murfreesboro.

In June 2002, Leroy with spouse (Barbara) co-founder “Kids for the Creative Arts, Inc.”. This is an organization created to promote and increase the awareness and appreciation for the creative arts among children 3-17 years old.

Leroy participated in various programs at the Bradley Academy Museum and Cultural Center. He remained an active life member of Alpha Phi Alpha Fraternity and enjoys being an artist. He also enjoy sharing his artistic skills with others especially children. Leroy believed firmly that our children hold the key to the world future.

Growing up in Meridian Mississippi, Leroy learned to appreciate the beauty of life and nature despite challenging times and events. “Nature with all its beauty reflects a moment in time. Through painting, one can capture not only the beauty in nature, but also what can be imagined, the struggle, joy and pain of the Human Spirit,” Leroy expressed. He said art allows him to express my God given abilities in ways the world have not seen before, and to unlock the keys of nature’s unique shapes and wonderful creations. Leroy’s art evolved during the late 1990’s through self-study, workshops, and training under various artists. Oil painting is his medium of choice because of its richness and pure colors. His artistic style is described as expressive, thought-provoking, and imaginative. Leroy has a great passion for painting spectacular skies. Additionally, he enjoys sharing the love of art with children and adults. Leroy lives with my devoted wife, Barbara in Murfreesboro, Tennessee.

Back to Top
Copyright © 2021. Artistic Story Tellers All Rights Reserved . Design by Fine Art and Graphics
error: Content is protected !!